This metrocard has been sponsored by auto parts store chain AutoZone for store opened on East Houston street. It was distributed just in that area subway stations and is rare. 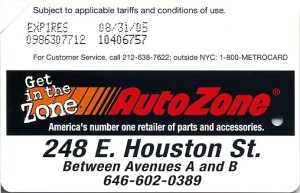 Mets Grand Slam Ticket Pack was sponsored by MasterCard and promoted purchase of discounted tickets for 4 games at Shea stadium. Each card features different star from Mets team. Matching leaflet has been available at the time.

PowWow International Travel Association held its conference in New York in May 3-7, 2005. Participants of that conference received this metrocard encoded for one week unlimited rides sponsored by NY Visitor Center. This is very rare metrocard to find. Each participant got a subway travel guide. 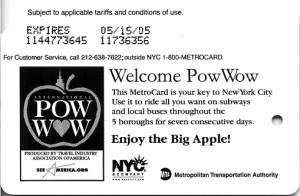 Calvin Klein fashion for women was sponsored by Bloomingdale’s and some cards were given out encoded with one ride in special folder. 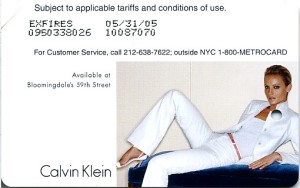 Macy’s sponsored advertisement on this metrocard for Echo Davidoff fragrance for men. Some of those metrocards were given out on or around Macy’s flagship store in Manhattan. There is also sample of this fragrance with matching design. 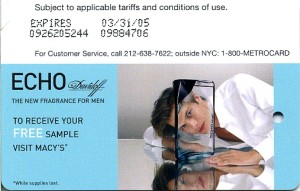 In 2004 airtrain connection between NYC subway and JFK airport has been opened and to celebrate this occasion MTA issued 4 metrocard set.

Brochure (guide) to airtrain has been published at the time.

This metrocard “Celebrate AirTrain JFK” was given away wrapped in plastic with encoded $5 fare to travel between subway and JFK airport via airtrain to participants of opening ceremony at Sutphin Blvd station in Jamaica. It has very lower circulation and even less survived to this days, probably less than 1,000. 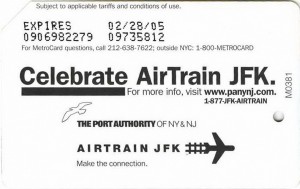 This card was sold at MVM (metrocard vending machines) all over the city. 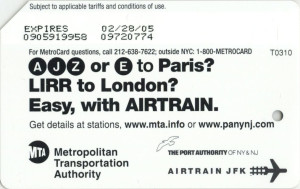 This card was sold all over the city and has very large circulation. At the same time there are little known 2 different versions of this card. The difference is place where Service Mark ℠ can be found. Also those Service Marks are of different fonts. 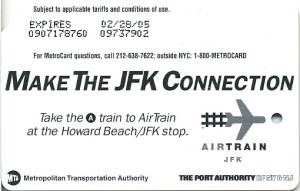 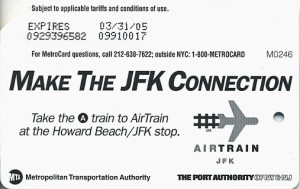 This metrocard can be bought only at MVM on either Sutphin Blvd station or Howard Beach station. This card was in circulation for few years. And over the years since first of this appeared there are some variations exist. 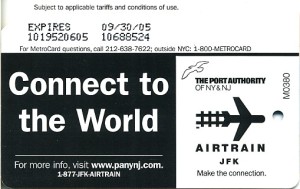 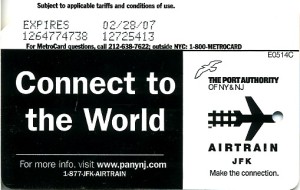 If You See Something, Say Something/Si Ves Algo, Di Algo

MTA and NYPD wanted New Yorkers to report on any suspicious packages or activities in mass transit. Card has huge circulation, still available at this time and has 2 variations: English and Spanish. English version first was issued in 2004. Spanish version appears in 2005.

There are very little numbers of this metrocard with ‘S’ serial number. Another variation with serial number starting with ‘T’ and ending with ‘S’. New versions English and Spanish appeared in 2011.

This metrocard holders could save 30% of ticket price for Broadway musical “42nd Street”.

There was a huge promotion of this musical in subway system: matching leaflet, fliers, posters. 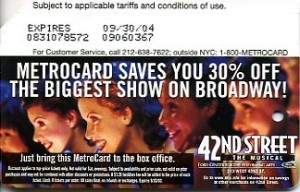 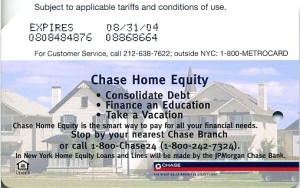 LOEWS Theatres and MasterCard have been sponsored set of 2 metrocards to celebrate opening of their flagship theatre on 34th street between 8th and 9th avenues. Every ticket holder to the movie could get small free popcorn while in theatre and buying soft drink and presenting one of this metrocards.

Each card has disclaimer: Not valid for purchases other than New York City Transit. 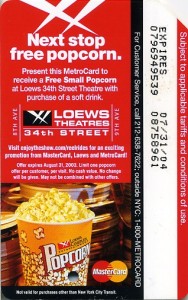 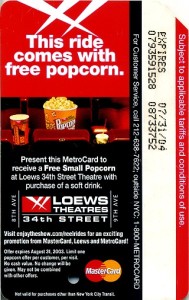