In 2005 New York launched bid to be a host of Summer Olympics Games. Unfortunately it lost to London. 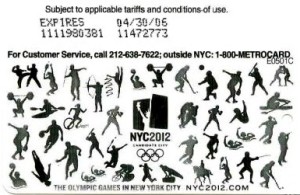 2004 was a centennial celebration for New York City subway system. First train started to ride in 1904.

For this occasion MTA organized an exhibition and commemorate it with a metrocard. There was a leaflet and booklet to promote that exhibition. 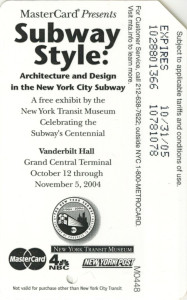 2004 was a centennial celebration for New York City subway system. First train started to ride in 1904.

This set contains of many metrocards, initially MTA started this series by itself and promoted it on mta.com web site. However TV Channel NBC 4 and Telemundo T47 joined to support this event and eventually New York Post newspaper joined too. That is the reason that some metrocards don’t have any sponsor’s logos and some have logo of 4NBC (English) or T47 Telemundo (Spanish) and some in addition logo of The New York Post.

This newspaper together with Health Plan of New York (HIP) sponsored folded centennial subway map in special folder. That map was distributed as an enclosure to newspaper edition.

In following images metrocards grouped by theme displayed on them. 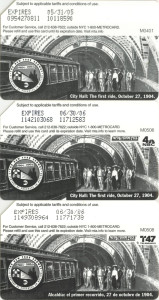 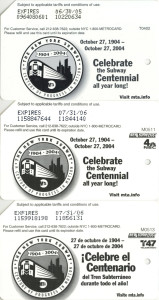 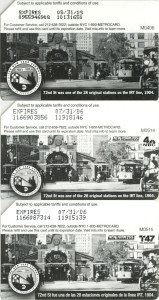 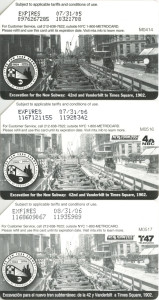 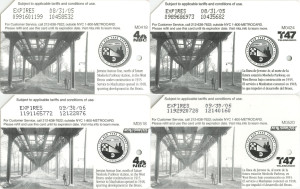 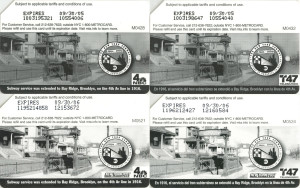 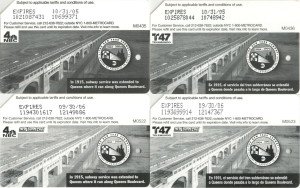 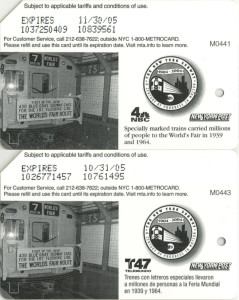 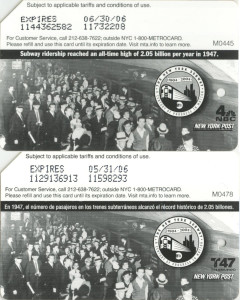 People boarding train on the station 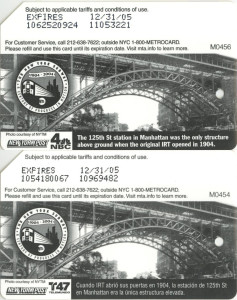 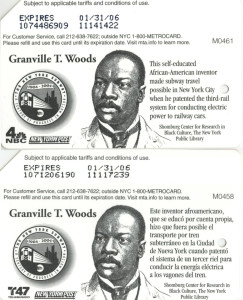 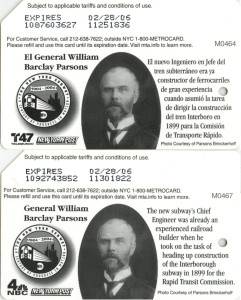 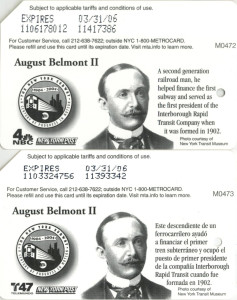 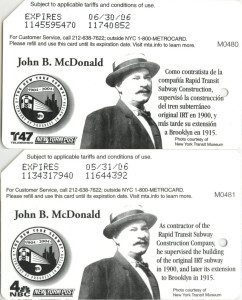 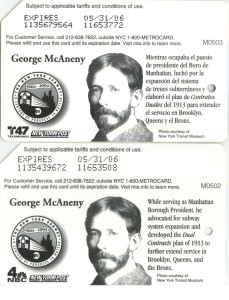 LOEWS Theatres at 34th street together with Channel 4 NBC and New York Post sponsored this metrocard. Owner of metrocard could get free ticket to see classic films and free small popcorn with purchase of soft drink. Matching leaflet has been published. 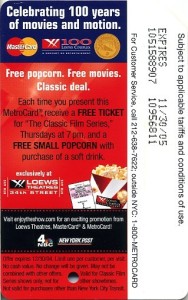 Calvin Klein fashion for men was sponsored by Macy’s and some cards were given away in special folder with one ride encoded into the metrocard. 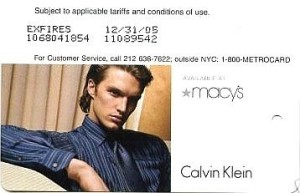 DKNY fashion metrocard was sponsored by Bloomingdale’s and was given to people making purchases at the store and actually asking for that metrocard. It was encoded with one ride and was given in special folder. Card had very low circulation. 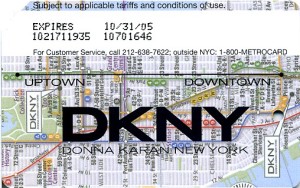 Cubic corporation which is behind all metrocards, metrocard vending machines, turnstiles and software which runs the whole thing has sponsored metrocard “Keeping New York on the move with MetroCard – the faster way to get around” with the logo of Republican National Convention held in New York. This card was distributed to participants of this convention. Many cards were simply lost or discarded or taken away as souvenirs to other cities. Card is extremely rare. There was a special leaflet published for restrictions on Penn Station subway entrances. 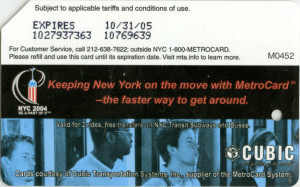 To celebrate opening of new store by clothing chain Esprit in New York on 5th Avenue this metrocard has been issued. 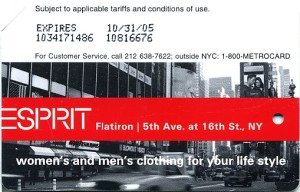 To celebrate opening first store by Target department chain in New York in Brooklyn this metrocard has been issued. 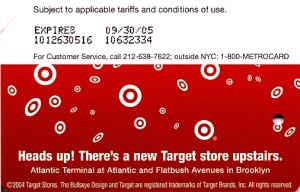 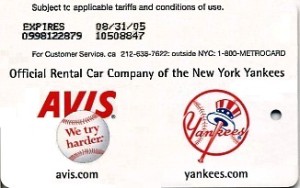