You are currently browsing the archive for the 1994 category.

In 1994 Rangers won Stanley Cup. There was huge celebration in the city. MTA has decided to issue a set to commemorate this event. Set includes 5 metrocards: Mark Messier – captain of the team, Brian Leetch, Mark Messier with the Cup, Rangers team, New York Rangers Stanley Cup. All cards were distributed and sold in special plastic packet which contained invitation (see front and back of both) to buy more special edition metrocards and Signature set. All cards have circulation of 10,000. 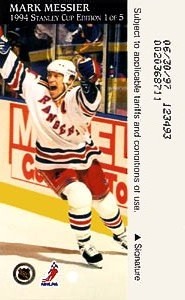 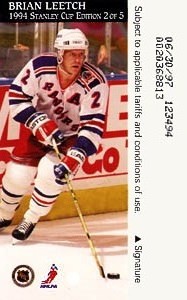 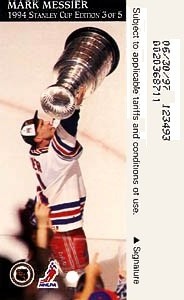 Mark Messier with the Cup 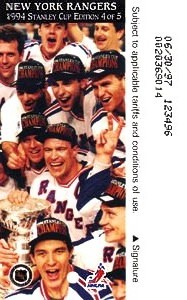 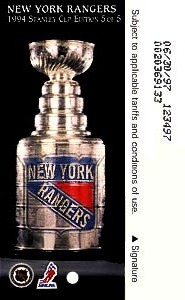 Not to be outdone, MTA issued one more card: Brian Leetch card with reproduction of his autograph with circulation of 2,000. 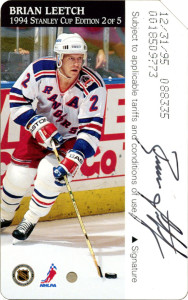 Card had circulation of 16,000. Some cards were sold to collectors enclosed into folder (see inside and back of that folder) also designed by Rizzi.

Number of cards issued with folders is unknown.

There is also known cards with Rizzi autograph. 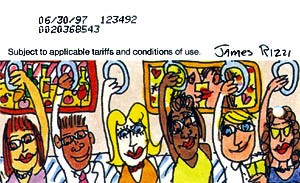 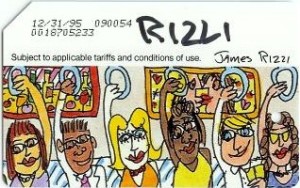 Set has circulation of 20,000. Set contains of 4 metrocards. This set has no folder. All cards were issued and sold separately the only way to sey that those cards are part of the set is design and caption ‘Third limited edition’ on each card. 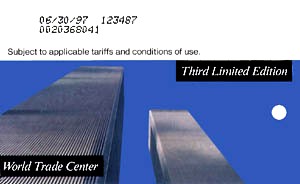 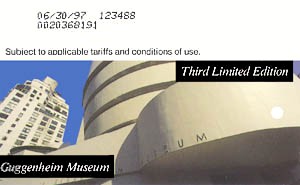 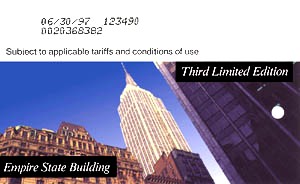 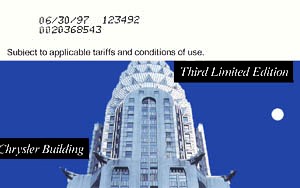 Second Inaugural set consist of 2 metrocards. In all there were 6000 sets distributed.

Set was available for purchase in special plastic folder and envelope. 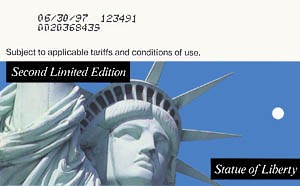 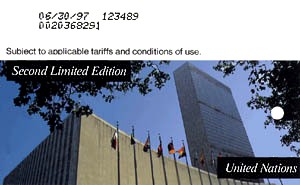 First Inaugural metrocard set was issued to the public in 1994. Some cards were distributed separately via vendors and the whole set of 4 different cards was available for purchase through MTA in special envelope (Seal is on the back of the envelope, I just move it in front since envelope is simply white color on the back) and plastic folder front and back. 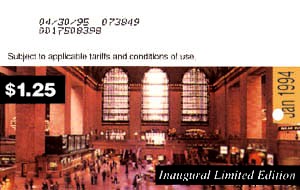 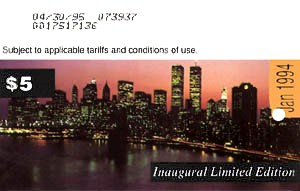 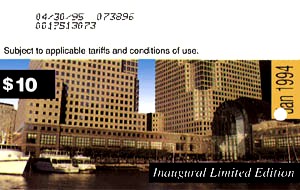 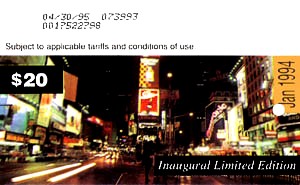