Ringling Brothers circus set contains of 4 metrocards each issued and sold separately and was made to commemorate 125th anniversary of establishment of the circus. All cards have the same initial circulation of 20,000. Unknown number of one particular card (tiger) was given away at on of the circus performances at Madison Square Garden and most of those cards were lost in the process. That is the reason for that card to be more rare than other cards of the set.

It is known that the same cards were issued with different expiration dates. 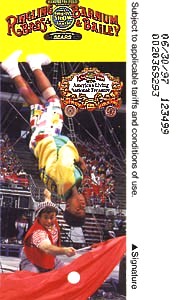 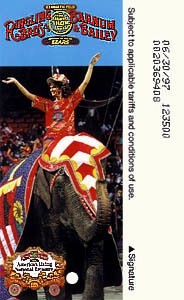 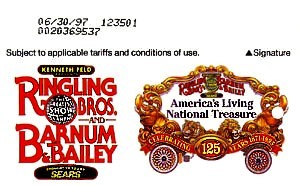